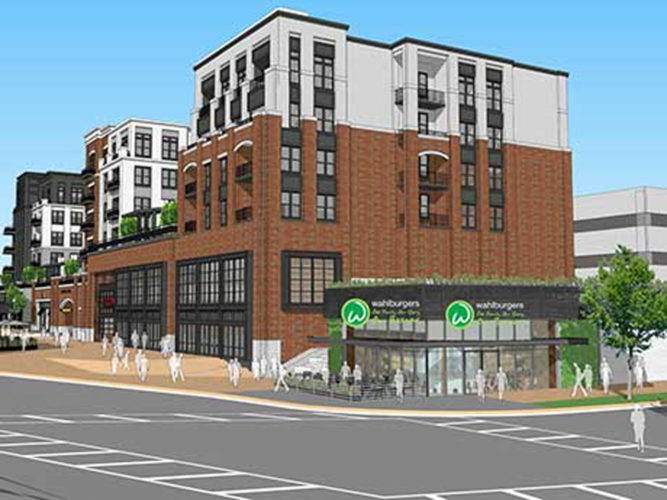 The new concepts coming to The Battery Atlanta include Wahlburgers, a chef-driven burger concept from Mark, Donnie and Paul Wahlberg.

ATLANTA — The Atlanta Braves and development partner Fuqua Development have revealed eight new retail, dining and entertainment concepts coming to The Battery Atlanta, a 1.5 million-square-foot mixed-use development surrounding SunTrust Park. The concepts are set to open by Opening Day 2017, when the Atlanta Braves will first take the field at their new 41,500-seat ballpark, which is situated in Cobb County near the intersection of I-75 and I-285. The new concepts include Wahlburgers, a chef-driven burger concept from Mark, Donnie and Paul Wahlberg; Kings Bowl, a retro bowling and entertainment destination; Live!, a dining and entertainment destination developed by The Cordish Cos. and and designed by Jeffrey Beers International; Goldbergs Bagel Co. & Deli, an Atlanta-based bagel and sandwich shop; Mountain High Outfitters, an outdoor specialty store; Sugarboo Designs, a household items and gifts retailer; DressUp, a women’s fashion boutique retailer; and a retail-only Harley-Davidson store. Cordish operates Live! venues at major ballparks across the country, including Xfinity Live! at the Philadelphia Flyers’ Philadelphia Stadium Complex and Ballpark Village with the St. Louis Cardinals. At The Battery Atlanta, Cordish will develop a two-level venue that will feature a 40-foot diagonal, high-definition LED screen as a back-drop for social games and activities throughout the venue that also will include PBR Bar & Grill (branded for Professional Bull Riders Association) and a chef-driven concept to be announced at a later date. In addition to the new tenants, previously announced concepts at The Battery Atlanta include an Omni Hotel, build-to-suit Comcast office tower and The Coca-Cola Roxy Theatre, in addition to several retailers and restaurants.