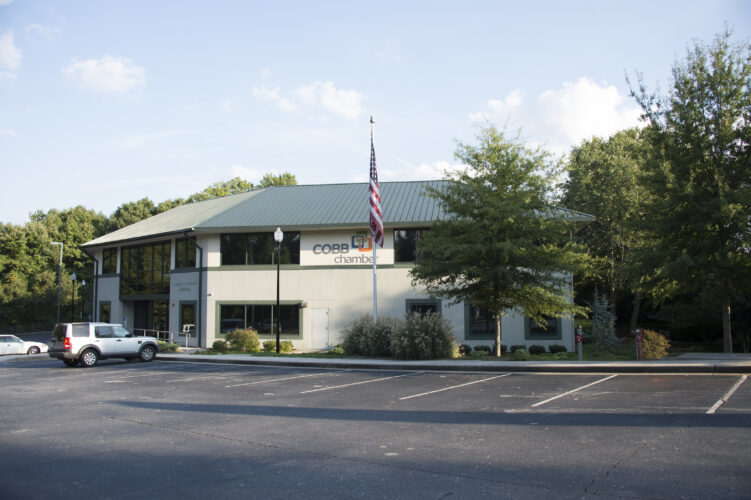 An Atlanta real estate development company is considering new development on a strategically located site it recently acquired near the Atlanta Braves’ The Battery development at interstates 75 and 285.

Pope & Land on Sept. 6 acquired a 1.68-acre property at 240 Interstate North Parkway for $3.85 million that includes a 25,000-square-foot office building that houses the Cobb Chamber of Commerce and two tenants, the Cumberland Community Improvement District and the Cobb Community Foundation.

“It is a strategic site, relative to The Battery and its amenity base. There are multiple opportunities for redevelopment, either renovation and repositioning of the existing building or a new build,” said Larry Kelly, CEO and vice chairman at Pope & Land. “It is an opportunity play for us.” 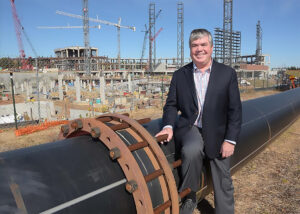 Larry Kelly, CEO and vice chairman of Development and

The developer is still strategizing plans for the property, Kelly said. But if it tore down the existing 35-year-old building, the site could accommodate a mix of office, hotel, entertainment/food and beverage and parking uses, he said. Pope & Land could also take the building down to a shell state, renovate and reposition it.

“The timing depends on when the market is ready for it,” Kelly said. “We would like to get started sooner rather than later.”

Kelly noted that the market is strong.

“There is little spec space under construction today in this market and there is a tremendous amount of activity,” Kelly said. “… The Battery has proven to be an attraction for the office, residential and hospitality markets.”

The Interstate North Parkway property “is the gateway to the Battery from the east side of 75.”

Kelly also noted the proximity of the site to the elevated walkways over Interstate 75 to the Atlanta Braves’ ballpark and the Battery, as well as its proximity to the Bob Callan Trail which is nearly complete.

240 Interstate North Parkway is about one-half mile and across I-75 from SunTrust Park. It was completed in 1984 in an area that was at the time suburban. The area has rapidly densified since the Atlanta Braves built the new ballpark and mixed-use development and moved there from downtown.

The Cobb Chamber is moving to the 17,517-square-foot 10th floor of 1100 Circle 75, across from the Braves’ ballpark and The Battery, into a property leased by SK Commercial Realty.

The chamber can remain in the building through January 2020, Pope & Land has said.

The Pope & Land entity paid for the property with a $4,504,000 mortgage with Southcrest Bank NA, 1475 Peachtree St. NE, Suite 200, Atlanta, according to Cobb County property records.

Kelly is the manager of the entity, P&L 240 INOP LP, according to Cobb property records.