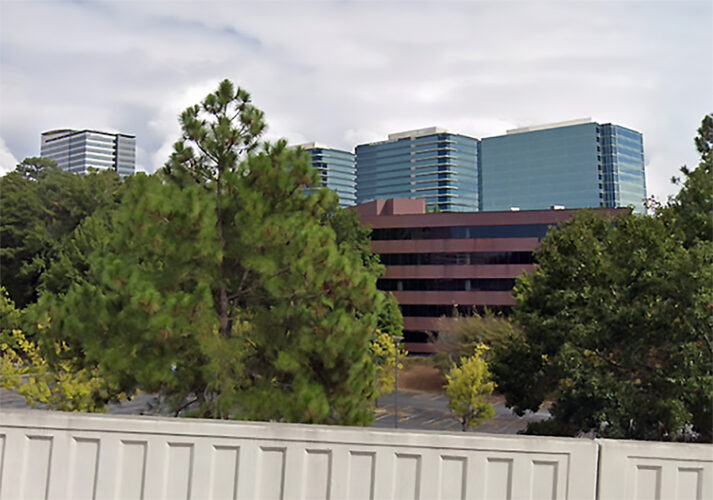 AMLI Residential has filed plans to redevelop the former Cox Enterprises headquarters off Lake Hearn Drive in Brookhaven. AMLI filed a development of regional impact application with the Georgia Department of Community Affairs, which typically reviews rezoning requests from developers when the developments have a regional impact on an area’s infrastructure. AMLI is looking to build 615 market-rate multifamily units, 25K SF of commercial space and 5 acres of green space, according to its DRI application.  An affiliate of Cox sold its former headquarters campus to TriGate Capital for $13.3M in 2018. That group then announced a partnership to redevelop the property with Pope & Land Enterprises. Officials with AMLI and Pope & Land confirm they are now both working on the project with TriGate. The developers will raze the existing nearly 300K SF of office on the site, Pope & Land officials said. Cox moved its headquarters off the Lake Hearn campus, where its midsized brick office building still stands, back in 2012 when it built a new tower at Central Park, closer to the heart of Central Perimeter’s office hub. While details beyond the size and scope of the project were not revealed, AMLI officials said the apartments would be developed with sustainability in mind, achieving a LEED Gold certification. AMLI expects to deliver its project by the third quarter of 2024, according to the DRI filing.