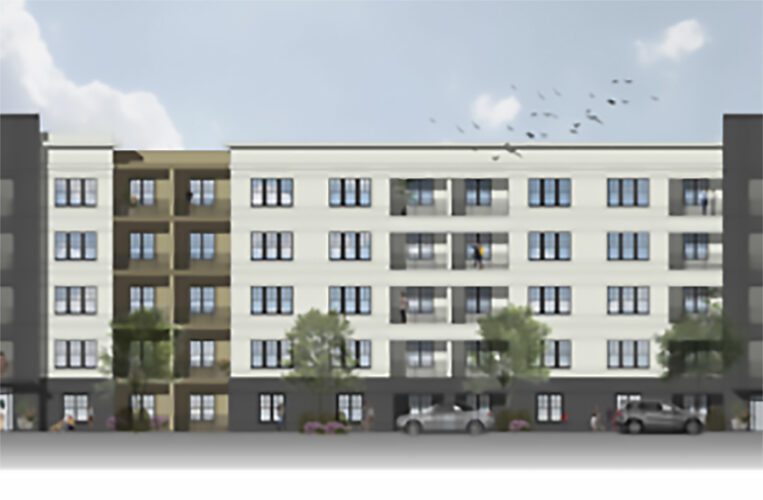 A major multifamily firm is seeking to redevelop the former Cox Communications office complex on Lake Hearn Drive in Brookhaven with a mixed-use development that would include more than 600 residential units including workforce housing. Total cost of the project is estimated at $260 million.

Chicago-based AMLI Residential has filed plans with the state and with the city of Brookhaven to rezone the high-profile 21.14 acres at 1400 Lake Hearn Drive from office industrial to master planned development. The redevelopment of the site would include razing the existing building to make room to construct 615 residential units, 25,000 square feet of commercial space and approximately 5.14 acres of dedicated park space as well as a three-fourths mile long trail.

The size of the proposed project requires a Development of Regional Impact be filed with the state. The DRI states the estimated value of the project at buildout to be $260 million. The DRI also shows a completion date for the project to be the third quarter of 2024 if it gains approval.

The Lake Hearn building was constructed in 1983 and is owned by Pope & Land – TGPL Lake Hearn Owner LLC. The property is bounded by Lake Hearn Drive to the south and east, Perimeter Center Parkway to the west and I-285 to the north. DeKalb County property records show total value of the property at $8.74 million.

AMLI Residential says in its letter of intent with the city the redevelopment would “bring new and active uses to the property that will return vibrancy to this highly visible property.”

“There has been a rise in development activity over the past decade on both sides of I-285 near the property. With the direct link across Interstate 285 that provides access to all of the activity in that area, allowing for the development of a mixed-use project on this property is appropriate,” AMLI Residential says in the letter.

As part of the application for redevelopment with the city, representatives from AMLI Residential and Pope & Land said the project would create a “sense of place” in Brookhaven.

“This parcel, and specifically this proposed site plan, represents an opportunity to provide new uses which will enhance the existing area while also creating a sense of place that reinforces Brookhaven’s strong identity as a city that its citizens are proud to call home,” says the letter signed by Kirk Billings, manager of Acquisitions and Development for Pope & Land; and Annie Evans Hirst, vice president of Development for of AMLI Residential.

Master planned districts were added to Brookhaven’s zoning code in 2018. An MPD must provide at least one of four public benefit thresholds, according to the code. The four benefits are: at least 20 percent workforce housing; a public open space such as a plaza or pocket park; at least 15 percent of the development protects at least 15 percent of natural resources not counting other required green space mandates; or achieving LEED certification.

Across Lake Hearn Drive from the prime real estate is a Hyatt Regency hotel, Cox Automotive office space, Verizon, various restaurants, IBM Watson office space and the Villa Sonoma Condominiums. Across I-285 to the north is the State Farm office complex in Dunwoody; Palisades office park in Sandy Springs; Perimeter Mall and other retail; and the Dunwoody MARTA station.

The commercial component of the proposed development includes retail and restaurant space that would complement the nearby office and residential uses, according to AMLI Residential.