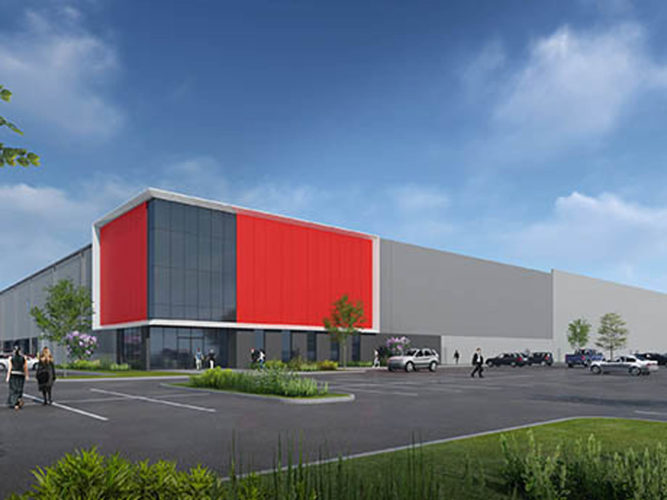 NEWNAN, GA. — CRG, in partnership with Pope & Land Enterprises Inc., has unveiled plans to develop The Cubes at Bridgeport, a 560-acre industrial project located along the Interstate 85 South Corridor in Newnan. At full build-out, the park will include 8.5 million square feet of industrial space. The development is located near both CSX and Norfolk Southern railroads, roughly 30 miles from Hartsfield-Jackson Atlanta International Airport and approximately five miles from Newnan-Coweta County Airport. The first phase of the development will include a 1 million-square-foot speculative building with 40-foot clear heights, trailer storage and car parks. The building will be capable of handling warehousing, e-commerce and manufacturing tenants. Phase I will also include infrastructure improvements such as ramp upgrades, a new signalized intersection on Highway 29 and a public parkway and overpass above the CSX main line. Other planned infrastructural improvements include water lines, two miles of new sanitary sewer and electric utility improvements. Clayco is the design-builder for the project and its subsidiary, BatesForum, is the architect. Developers expect to wrap up construction on the first building at the project in December 2018. Chris Tomasulo and Steve Grable of JLL are handling The Cubes’ leasing assignment.