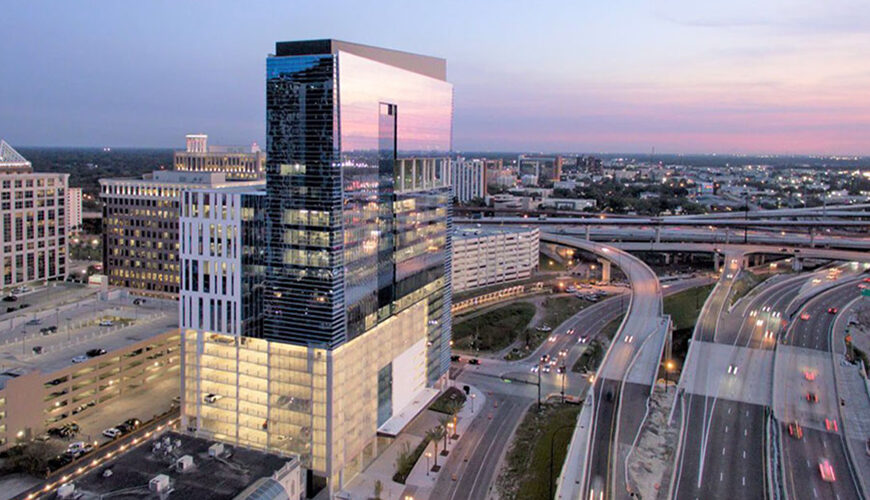 With 200,000 square feet of office space and 180 hotel rooms, the soaring Energy Star certified structure is a contemporary, versatile addition to downtown Orlando’s historic district. Featuring ground level retail, meeting space and nine parking levels with 600 parking spaces, the tower is designed to meet the functional and aesthetic demands of a thriving city center. As evidence of the demand, the tower has only one complete floor, the 12th with 29,131 square feet still available for tenants.

SunTrust Plaza at Church Street is the first high-rise office building built downtown in a decade, and its key positioning at the corner of South Street and Garland Avenue places it “at the front door to downtown Orlando,” says Thomas Chatmon, Executive Director of Orlando’s Downtown Development Board.

Scott Stahley, Executive Vice President of Lincoln Property Company says the firm’s long history of success in the Orlando market and its close working relationship with city leaders and the business community gave Lincoln the confidence to tackle such a major, admittedly high risk project. The future of downtown Orlando is bright, Stahley says, and HuntonBrady, which has played a major role in shaping the city’s skyline through the years, proved to be the perfect choice to design the landmark tower.